Is The Climate Changing?

Our climate is changing. Most visibly, the air is getting warmer as shown in the figure below. The global surface temperature has increased nearly 1℃ since the beginning of the twentieth century. 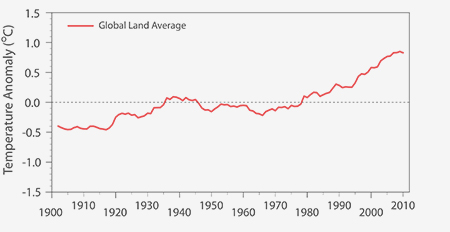 These changes have already affected human life directly by changing the environment they are exposed to. In addition, they have an impact on our resources such as water and wind and key sectors of the economy such as agriculture, energy, and tourism. Climate change affects us in our daily life in many ways no matter where we live in the world.